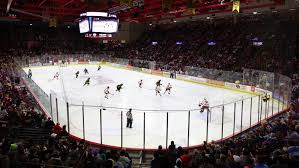 Who’s won the most Stanley Cups in a row?

What NHL player has the most Stanley Cups?