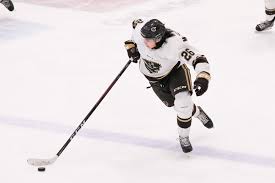 Who picks NHL All Stars? Fans vote online to select the captains of four divisions. The player with the most votes in his division wins. The NHL Hockey Operations Dept. selects the remaining 40: six forwards, three defensemen and two goalies per team, for a total of 44 All-Stars.